On Black Week Global you'll find all the information about Black Week in USA and around the world. We've examined this event on various markets so that you don't miss anything. What's more, you'll find the best discounts in your country (USA) provided by Picodi - the best and biggest discount provider on earth!

Offers you have to see

For years, Black Friday has attracted the interest of many Americans. This shopping holiday draws in crowds of consumers who are making the best of the discounts offered to them. That is why, seeing the interest of clients, stores decided to expand their offers for the entire week, not just Black Friday. Thanks to that, discount lovers can enjoy rebates from the Monday preceding Black Friday until Cyber Monday.

BlackWeek.Global analytics decided to check the attitude of Americans toward Black Friday, where in the United States the interest in Black Week sales is the biggest, as well as how much money consumers spend and what they buy.

To buy or not to buy? 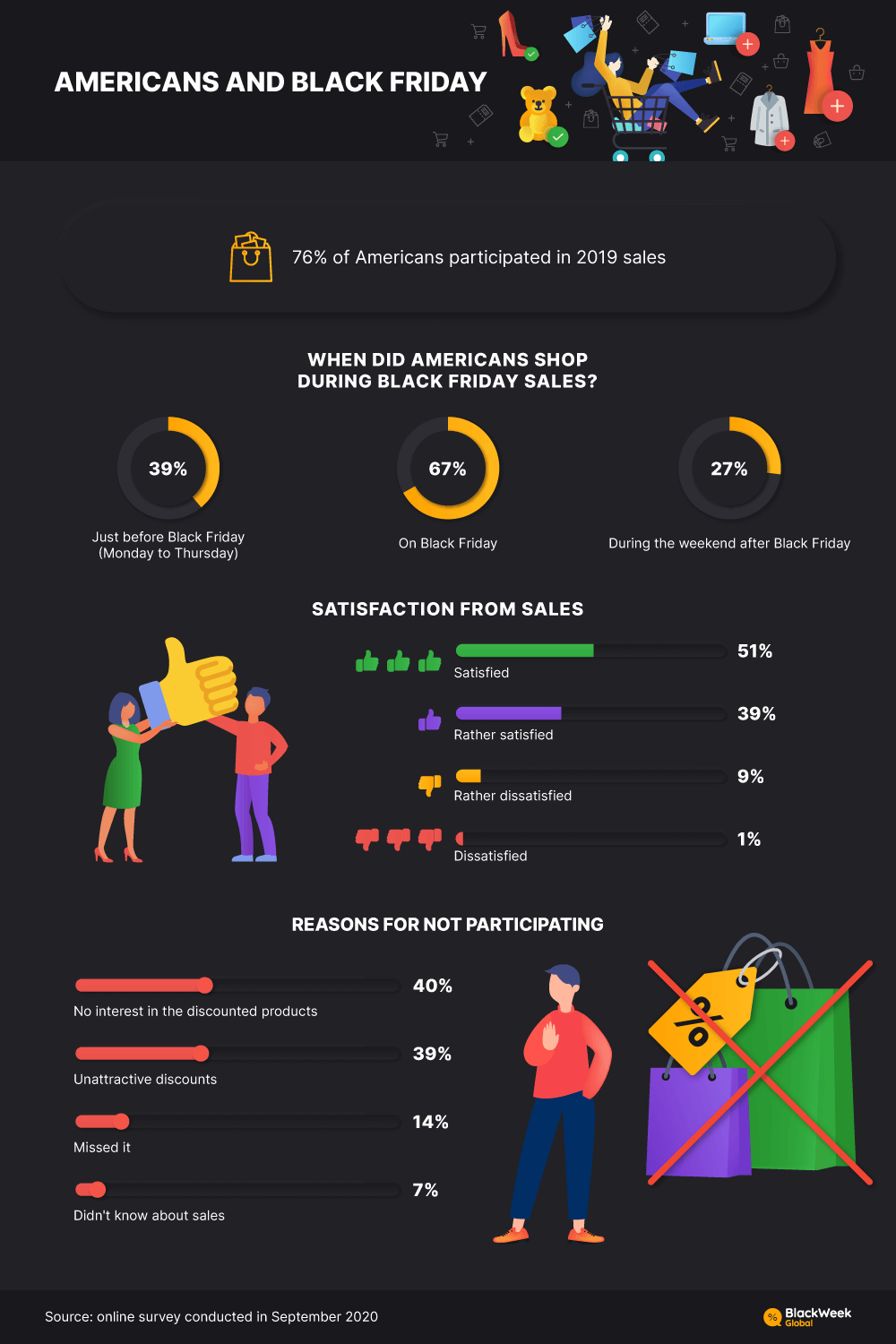 Three-quarters of Americans (76 percent) took part in last year’s Black Friday sales. Although this number may surprise, in reality not all consumers participated in the sale on Black Friday itself. 67 percent of shoppers decided to shop on Friday, but as much as 39 percent did their shopping from Monday to Thursday, and 27 percent enjoyed special offers over the weekend after Black Friday (Saturday and Sunday).

Among the people who did not take part in last year’s Black Friday, the most common reason (40 percent of answers) was the lack of discounts on the particular products which respondents wanted to buy. 39 percent of people taking part in the survey said that the discounts were too low. The remaining simply missed Black Friday or did not know what it is at all (7 and 14 percent respectively). 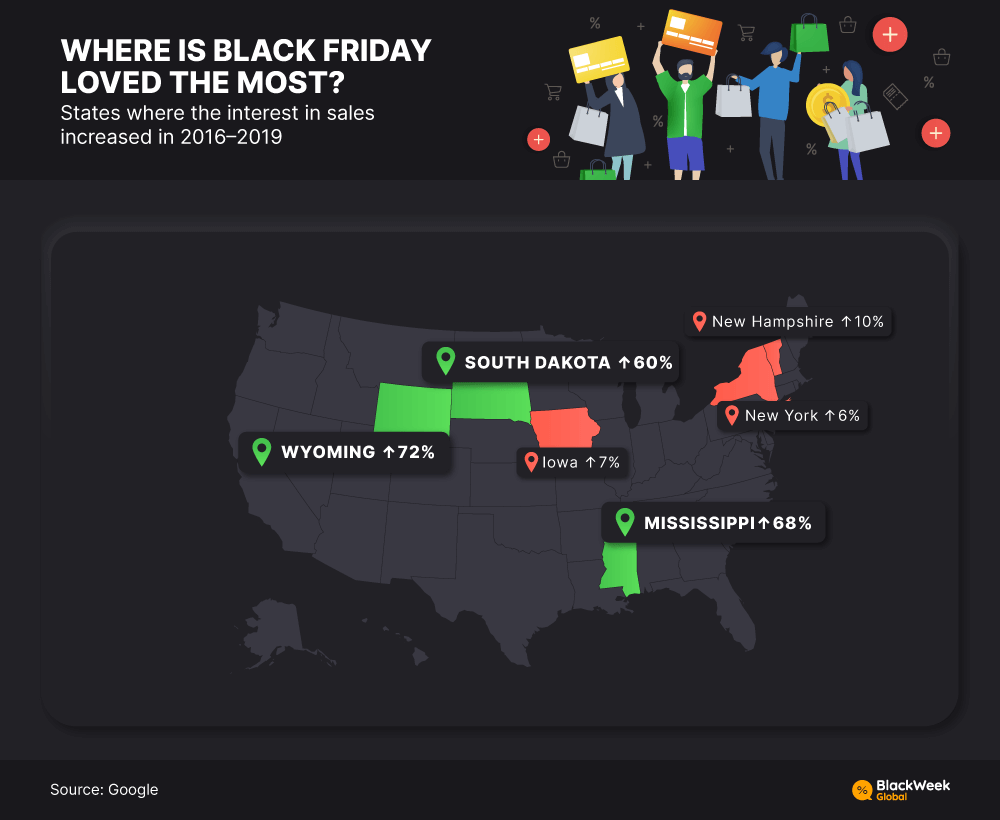 Based on online search queries, we found the states where the interest in Black Friday sales increased the most from 2016 to 2019. Wyoming took the first place — in this state, the interest in discounts increased as much as 72 percent. Mississippi was just behind with a 68 percent increase. South Dakota, where the increase of interest amounted to 60 percent, completed the podium. 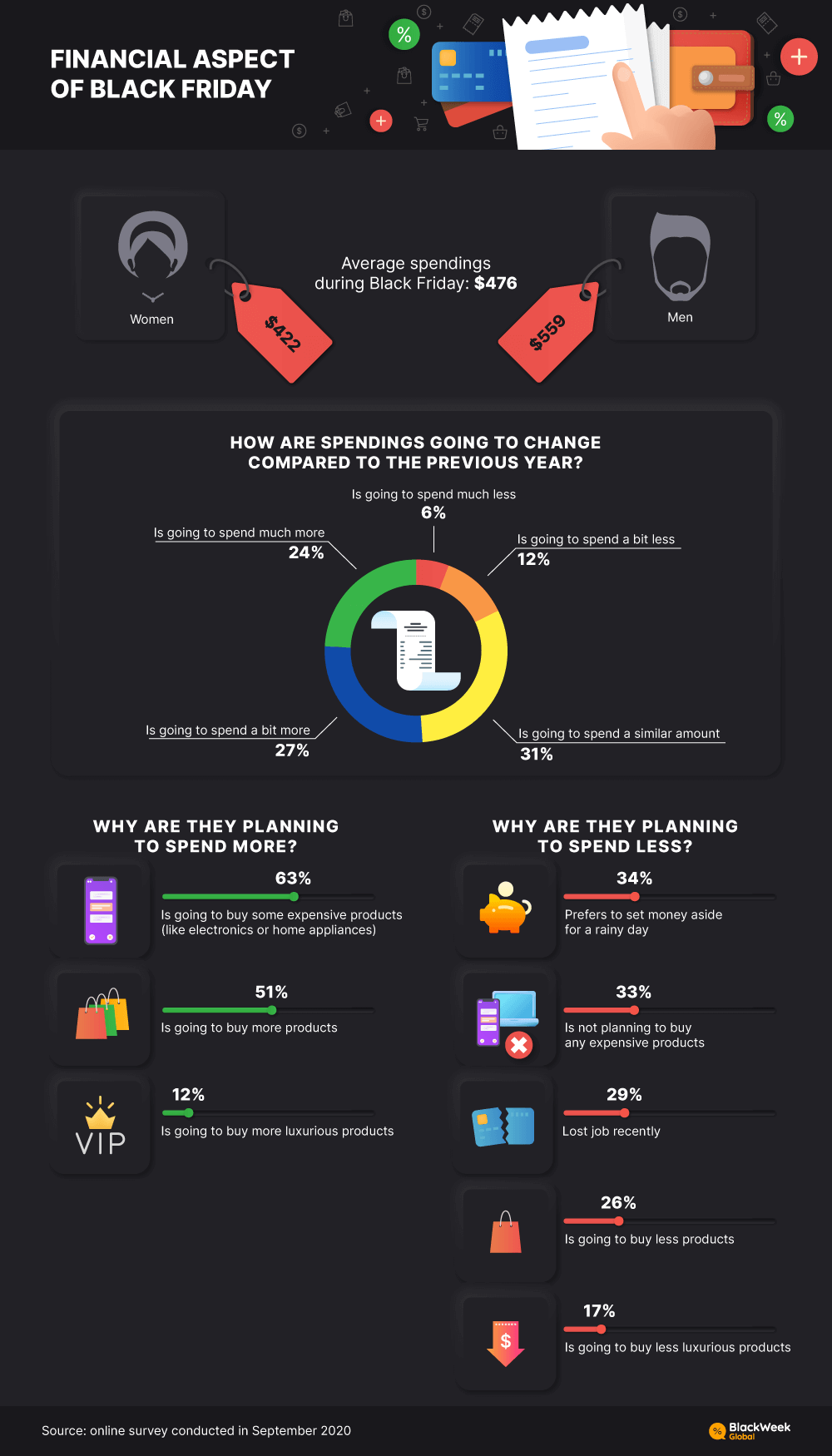 People who are going to spend more usually justified their answers by the fact that they are going to buy some expensive item this year, such as electronics or home appliances (63 percent indicated such reason). 51 percent is planning to simply buy more products, and 12 percent are going to buy more luxurious products than last year. On the other hand, among the people who are planning to spend less, 29 percent said that their smaller budget is caused by job loss. 33 percent is not planning expensive shopping this year, and 34 percent prefers to set money aside for a rainy day. 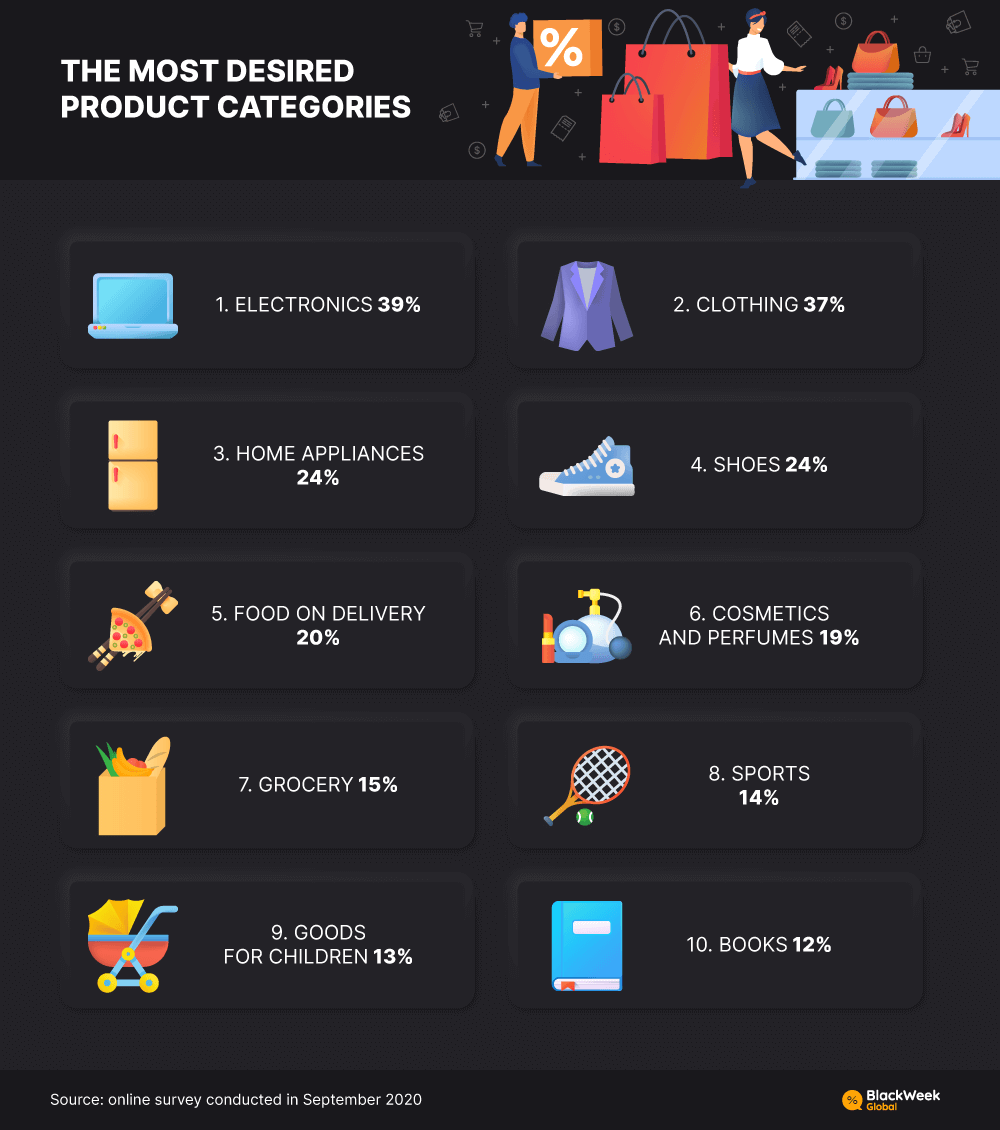 Invariably, electronics are among the products which rule during Black Friday sales. It is the most frequently chosen category of products — 38.6 percent of consumers will buy electronics. Clothes (36.7 percent) and home appliances (24.2 percent) were the second and third top categories.

All statistical data comes from Picodi.com, a global discount platform operating since 2010, which created BlackWeek.Global, a site dedicated to Black Week sales. The survey conducted in September 2020 was also used in the report.

Would you like to share information about Black Week with your readers? All the data and infographics presented in this report can be freely used for both commercial and non-commercial purposes as long as you indicate the author of the research (BlackWeek.Global) with a link to this subpage.

What is Black Week?

Black Week is a series of sales at the end of November.

In the past, Black Friday was the main day of sales, but nowadays many stores offer discounts during the whole week.

When is Black Week?

Why Black Week, when there is Black Friday?

We analysed last years’ data and it turns out that many stores offer attractive discounts also before and after Black Friday, it is just the list of discounted products that changes. It is likely that the product you’re interested in will be on sale not of Friday, but some other day of the week.